An ancient technique, used by master craftsmen for centuries, the knifed cut-line. Knifing cut-lines provides multiple benefits to the woodworker, they’re accurate, they provide reference points and they help prevent splintering when cutting.

So why is a knifed cut-line better than a pencil line?

Ok, so pencils are everywhere, they’re mostly safe and they’re quick and easy to use. They provide a line you can see on most woods. You can even keep a pencil behind your ear.

However, they have their drawbacks and they’re significant if you want to work accurately. Pencils go blunt fairly quickly. They break frequently. Pencil lines have “thickness”, meaning you can be “on the line” but still have variation. Pencil lines are almost impossible to make exactly where the edge of the rule is.

The blade of a knife can be put flat against a rule or square (I’ll talk more about bevels later). So when you are marking out, you can be certain that the line is exactly where you placed the rule or square on the workpiece.

When you are marking up, you can cut reference points (tiny tick marks) that you will later use to make your cuts. You use them later by dropping the tip of the knife into the cut you’ve already made, guaranteeing it’s in the same place. You can’t do that with a pencil.

By making two parallel cut lines just a kerf-width apart, all the way around your workpiece, you will prevent the wood splintering when you make the cut. You can’t do that with a pencil line.

What makes a good marking knife?

A good marking knife must meet the following criteria

I use a diamond-point (or spear-point) marking knife. That’s one with two bevels which meet at a point in the centre and have a flat back. The flat back allows the blade to reference flat against my rule or square. This ensures that the cutting edge of the marking knife remains under control and the cut is where you intend it to be.
0
What kind of marking knife do you like to use?x

There are also single-bevel handed marking knives. These are designed to be used in either your left or right hand. I find them to be too limiting. You want to be able to cut in either direction with your marking knife, or in the same direction against opposing references. For example, when marking up dovetail pins from the tails.

You should avoid double-bevel blades (like a box cutter, or kitchen knife). The small bevel at the blade’s cutting edge is bevelled from both sides of the blade. When you place that blade against a rule (or square), the cutting edge is a short distance away from the rule. So it’s not accurate, and allows for error to creep in, and also for the blade to wander when you cut.

I know Mike Pekovich likes to use a custom-made chip-carving knife. It has a double-bevel blade, but the bevel extends to the full depth of the blade. That way it can be flat against the rule and maintain control. Note that not all chip carving knives are made equal, and most don’t have a fully-extended bevel. So if you fancy following Mike’s lead, knifing cut lines with a chip carving knife, beware.

Before you start knifing cut-lines, you need to measure and mark for your workpieces. You can do this with a long rule, a tape measure or a story stick. All work better and more accurately with a marking knife.

Now, using your square and knife. You put the tip of the knife blade into the reference point and slide your square to the knife. This way you can be certain the knife is in the same place it was when you made the reference mark, and then accurately mark square across your board.

How to mark up for a crosscut

If you use slip tenons or dowel joinery, then your workpiece crosscuts will show in your final piece. So, if you want to make those crosscuts without any splintering, you should follow this routine.

Make your initial knife lines with light pressure so they’re accurate. Then, once you’re certain it’s in the right place, run the knife in the cut line again with more pressure. I do three strokes, getting firmer each time.

Then you need to mark all the way around your workpiece. Start on your reference face, then square down both edges from that face. Finally, flip the workpiece over and from your square edge mark across the opposite face.

Provided you have marked accurately, placing your knife in the cut line each time and moved the square to the knife, the cut marking lines should meet at both edges of the back of the board. If they don’t and you are certain your square is actually square then your board faces are not parallel.

Then, after leaving a kerf-width, repeat knifing cut-lines around the workpiece. Don’t forget that you’ll be marking the other side of the reference mark this time, as the waste is between your two cut-lines. When you finally make the cut with your saw between the two lines there is no splintering, because you’ve already severed the wood fibres at the surface.

This technique works equally well for both hand saws and powered saws. All you need to know is what your saw kerf is (the width of the cut made by a saw). You can, of course, mark your cut lines wider than the kerf and then clean-up the cut with a shooting board. 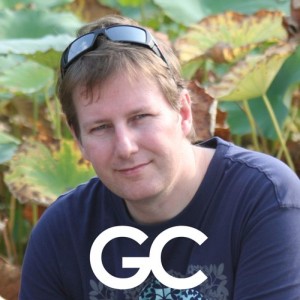 By profession I'm a computer engineer, but by passion I'm a designer and maker of handcrafted objects. I use whatever materials make sense for the item or project I'm working on, whether that's wood, fabric, leather, metals or plastics.

What really happens when you skew your plane?